Let me introduce you to the three-part journaling set that will help you understand yourself fully so you can improve your mental health AND transform your life into the one you've been dreaming about (even if you're not sure what that looks like yet...)

Get instant access to the Self-Improvement Journaling Set TODAY, already downloaded by over 250 happy customers!

Do any of these sound familiar...?

🙁 You find yourself reacting to things but have no idea why, making happiness and stability feel super out of reach...

😔 Right now everything in your life just seems to be on the negative spectrum, and you can't find the positive in anything.

😞 You desperately want to create a life you love and that feeds your soul, but you have no idea what that even looks like!

If these are things you've been experiencing then the Self-Improvement Journaling Set can help you!

✅ You understood your triggers, why you react the way you do AND, most importantly, how to soothe yourself so feeling happy and stable becomes possible for you!

✅ You no longer feel like everyone and everything is "out to get you" and instead you're now the person who can find the positive in any situation (meaning you're also the person with a BIG, genuine smile on your face of pure happiness!)

✅ And you can finally describe exactly what your dream life looks like - the one that will really make you happy - so you can start working towards it rather than feeling like life is passing you by.

Because the more you understand yourself, your emotions and what you truly want, the better your mental health and happiness can be!

*Perfect* for anyone who wants to use the powerful technique of journaling to get to know yourself and your mental health better while crafting a more positive outlook on life!

BUY THE JOURNALING SET FOR JUST $10!

Think of this journaling set as your *personal coach* to understanding yourself and your emotions.

Here's what you get in the Self-Improvement Journaling Set...

The more we know ourselves the easier it is to create a life we actually like and one that makes our mental health happy, so this journal helps you really get to know you.

Dive deep and understand your mental health, what triggers it and what soothes it, so you can be more in control of your own happiness.

When our mental health isn’t so great we often get into the habit of seeing things in a negative lens, this 30-day journal helps us get out of that habit and start to see things in a positive lens again!

Receive INSTANT access to the Self-Improvement Journaling Set, which includes all of the above:

BUY THE JOURNALING SET FOR JUST $10!

Hi, I'm Sophie and a few years ago I developed a number of chronic health problems and full-blown depression.

While for the most part I had high-functioning depression, so everything looked okay from the outside...I graduated, held down a job and renovated a house!

Things inside my head were terrible and it got to the point where I nearly lost my life.

It’s not that I wanted my life to end.

It's just that life with depression was too hard and too painful.

It was then my parents persuaded me to stop working and just focus on my mental health.

I was so resistant to the idea because I felt like a failure but I had to accept this reality if I wanted a chance at life.

So I put my life on hold for a year and just focused on my mental health and discovering the things I had to do for myself (alongside medical advice) to really make a difference.

That year ultimately led me to recover fully from depression.

Life became easy to live again, that numb feeling went away and I no longer felt like I was in a black pit with no way out. I became happy again. 💛

But I also discovered that the actions that made the BIGGEST difference to my mental health and generally coping with life were the smaller actions.

The ones anyone could easily sustain alongside normal, day-to-day life.

It might have taken me a year off life to figure out a formula that worked to beat depression and get my life back.

(A formula that I now know doesn’t actually require you to pause your life to do.)

But I also knew this knowledge could help others not have to go through what I had been through.

And so now I share the knowledge, techniques and strategies that helped me so you can find happiness too!


And the journals can help you do just that!


I no longer have depression, but I still use journaling as one of the tools to help keep my mental health in a happy place.

Not at all. These journals is meant to accompany all those things, not replace them.


It’s super important that you see your doctor if you have, or suspect you have depression or another mental health issue BUT what I found was even with a fantastic doctor and a great therapist there were still things I had to do myself for myself (like journaling) to finally overcome depression and bring my mental health where I wanted it.

No. As I am a small business I am unable to order large enough quantities to make manufacturing hardcopies of the journals financially viable.


Instead, and regardless of which bundle you choose you will receive INSTANT access to all three of the journals which can be printed out yourself or used on your tablet.


They're easy to print out using a home printer and the tablet version can be used on any tablet that allows you to download and use a notes app (like Goodnotes.)


You can redownload the journals as many times as you want, there are no download caps at all. This means you can reuse them as many time as you would like too!

The journals can easily be printed at home using a standard home printer.

The journals will work on any tablet (Apple or Android) that has (or can have) a note taking app that allows you to write on PDFs.


You will need to download a special notes taking app to use the journals if you don’t already have one on your tablet; these apps are not included in the journal set. I personally like Goodnotes, but there are lots of note apps available for both Apple and Android devices (Noteshelf is a great option that works with Android devices for example.)

Just pop me an email at sophie@wellandwealthy.org and I will get back to you! :) 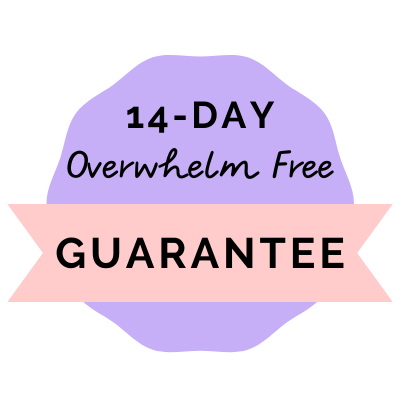 I know buying anything online is a bit of a leap of faith, which is why I have the 14-Day Overwhelm Free Guarantee.

This means that if you purchase, have a good look through the journals and within 14-days decide it’s not for you, just send me a quick email to sophie@wellandwealthy.org and I will refund your money back. No problem at all!

The only thing I ask is that you let me know why you're wanting a refund so I can improve the product further!

Please note, this is a digital item and nothing will be sent in the mail. Expecting something to arrive in the mail is NOT a valid reason for a refund.

Ready to get instant access to the Self-Improvement Journaling Set TODAY, already downloaded by over 250 happy customers?